AGF's PURGEnVENT Model 7950 Automatic Inline Air Vent (ILV) features a separation chamber engineered to remove air as the fire protection system is filled with water to help prevent corrosion. The separation chamber and air scoop force a separation of air from the water as the system fills. The air is then released by the Model 7900AAV included in the assembly. AGF recommends installing Model 7950ILV after the floor control assembly. The chamber can be turned 45 degrees for additional clearance, but the air vent must be kept upright. 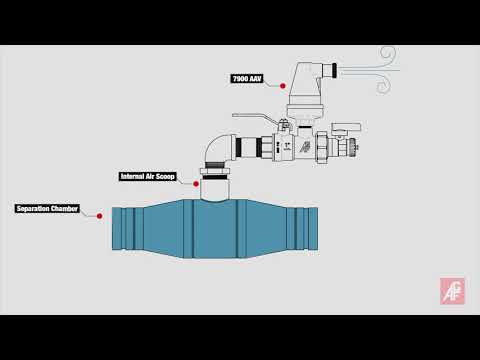