AGF's PURGEnVENT Model 7910 Manual Air Vent (MAV) is the most economical, purpose-built air vent on the market. The 1/2" ball valve features a mesh strainer and ball float to allow air to vent from the system while it is filling with water. The ball check prevents water from spilling out when it reaches the valve. For proper air venting, open the valve while the system is filling and close when the water reaches the valve. Leave the valve in the closed position during normal system operation. AGF recommends installing Model 7910 at the high point of the system, at the end of branch lines, and on top of supply risers.

Model 7910 can also be used as an air release valve on anti-freeze loop systems. The ball check will prevent anti-freeze from spilling from the valve after all the air is expelled, eliminating the need for an extra person to watch the valve while filling the system. 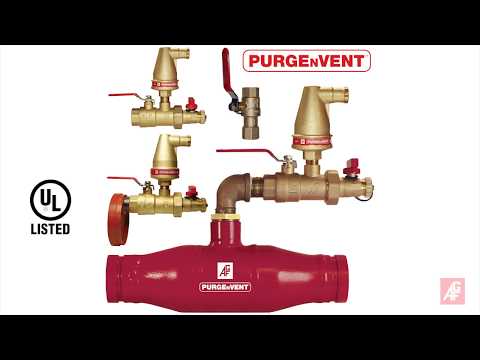